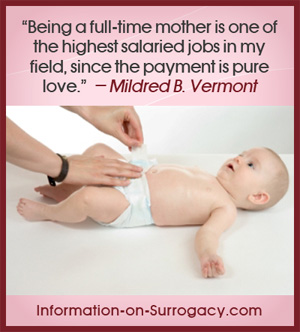 by Megan
(Great Falls, MT )
How can a surrogate end up with the medical bills from the birth of the baby or the pregnancy? Aren’t the intended parents responsible for them? I mean, the contract states that they are legally responsible, so why would a surrogate mother need to pay them? Can’t she just show the contract to the bill collectors?

There are few reasons a surrogate may end up with medical bills:

1. It may be a simply oversight on the part of the parents. Every doctor (OB/GYN, Anesthesiologist and Pediatrician) that comes in contact with the surrogate and the baby, plus the surrogate’s doctor and the hospital sends a separate bill. One or two might get lost in the shuffle and not paid on time. Alternately, they sometimes take a while to get to the surrogate. So sometimes is unintentional.

2. The hospital/doctor made a mistake. Because the baby’s name is sometimes changed after birth, a bill could be paid under the correct name, but still exist in the previous name (this happened to me). This can make it seem as though there are more bills than there really are.

Though you may have a contract in place, it does not matter in the eyes of the doctors, hospital, or bill collectors. They simply do not care. The bill is in YOUR name, YOU are listed as the responsible party, and they will come to YOU, legally to collect the funds.

The only option a surrogate has is to pay the bills and take her intended parents to court (if they didn’t pay them). Of course, this will require court costs and legal fees.

It is very important that a potential surrogate mother knows that this situation is possible. I’ve said it before and I’ll say it again: take your time during the matching phase. Get to know one another and form a bond of trust. That is the best way to avoid these types of situations.