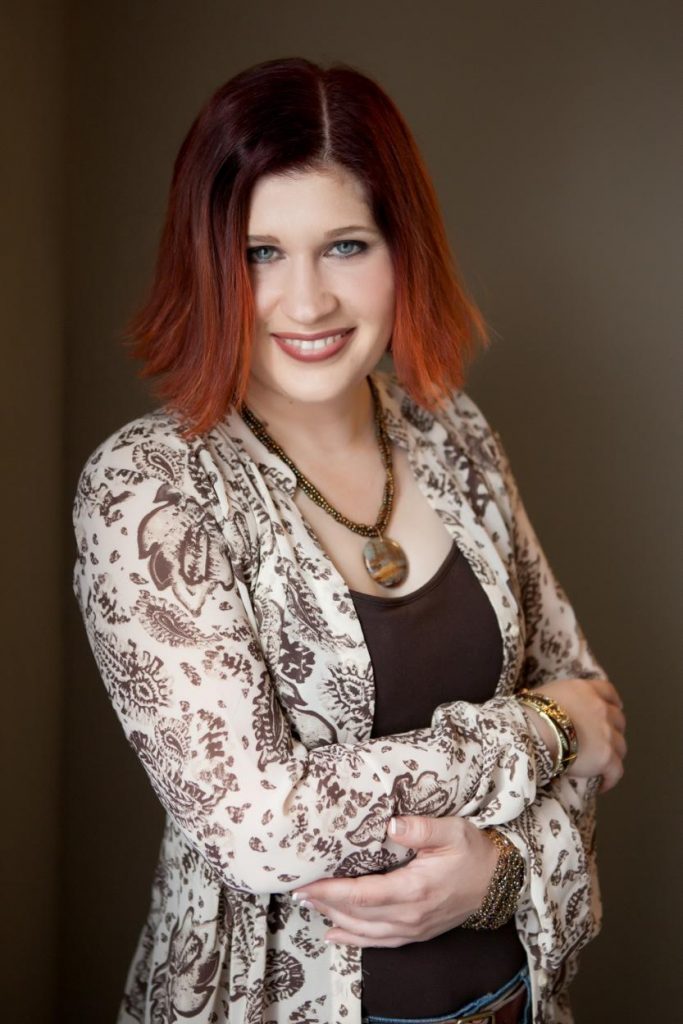 When I was 27 years old, I gave birth to a set of boy/girl twins. But they weren’t mine. They were the biological children of a wonderful couple from London, England.  Together 8 years, they had suffered many miscarriages, and had decided to try IVF.  The day the treatment was supposed to start, Jan found out she had breast cancer.

Jan was only 41.  In England, it was standard for women to get preventative mammograms at age 50 and above. But Jan was using an American fertility clinic, and they required her to get a mammogram since she was over 40.  It saved her life.

As breast cancer goes, Jan considered herself very lucky. They caught it early, the treatments were successful, and as of this posting, 10 years later, she never relapsed. But, due to the treatment, doctors advised her not to become pregnant for at least 5 years.

She and her husband decided it was time to look for a surrogate. And that’s where I entered the picture.

I had wanted to be a surrogate mother since I saw a made-for-TV film about surrogacy in my early 20’s. I knew it was something I’d be good at; I wanted to help the world in a big, big way, but I wasn’t wealthy.  I knew I’d never be able to do something like donate a wing of a hospital, but I knew I would be good at growing and nurturing an unborn baby for someone else.  I take responsibility very seriously, and I’m not the type of person to get attached. 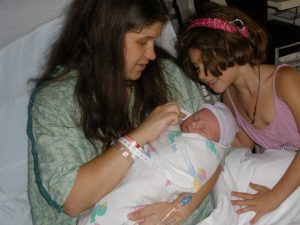 Rayven and her daughter, Sara, after the birth of Charlie, the baby brother to the first set of twins. Circa 2008.

At the time, I thought I most likely didn’t qualify to be a surrogate mother.  I had had my tubes tied after my second child was born, so I put it out of my head.  But then, like so many of us do, I stumbled across surrogacy online years later, and realized that not only did my tubal ligation NOT disqualify me from surrogacy, it actually made me an even better candidate (it showed I did not want any more children of my own, and it made it impossible for me to get pregnant with my own child during the process – since my eggs were not being used, it didn’t stop me from getting pregnant via IVF).

I went online and researched surrogacy as completely as I was able. I spent months pouring through stories, and procedures, and learning what could go wrong, and the miracles that could go so right.  I found an agency to work with, and met Jan and her husband.  We hit it off immediately.

And so, less than a year later, I delivered their twins to them. Biologically theirs, with no relation to me whatsoever. Jan cut the cords while her husband just cried, overwhelmed with the entire process.  They stayed in my hometown for about a month while they wrapped up legal paperwork and got the twins their passports.  I pumped breastmilk for them while they were here. And then they went home.

The whole journey went so well that 18 months later, we did it again.  I carried a baby brother for the twins.  When they came back for his birth, I got to see them as toddlers – and I got to really see the happy family that I had created.

Through the years, they send pictures once in a while, and we have an open invitation to visit them whenever we’re in Great Britain.

I went on to be a surrogate mother five more times. Once for a couple from Minnesota.  The mother suffered from secondary infertility – she had a little boy just fine, but then could not get pregnant again.  They wanted one more boy so that their son could grow up with his best friend.  When we found out the baby was a girl, both parents were petrified! They didn’t know what to do with a girl! But they fell in love with her instantly when she was born, and she shares a name with my own daughter.

After that experience, I carried a little boy for a couple from Florida.  They were both first generation American citizens; her from Cuba, him from the Philippines.  They met later in life, and her age prevented her from successfully carrying.  She had two other siblings, both older than her, both childless.  When her son was born, it was magical for the entire family; the first baby born to a very eager grandmother.

In 2017, I carried twin girls for a lovely couple from Florida.  She had a number of health conditions that left her unable to carry, and it was so gratifying seeing the looks on their faces when they held their precious daughters for the first time.

I finished my surrogacy career with a final set of twins delivered in 2019, but this journey did not end like the others. I’ll be ready to share the story soon, but for now, know that in the end, both babies and myself are healthy and thriving.

All in all, it’s been a very rewarding decade. I’ve carried 11 children that would not be alive if it wasn’t for me. I’ve formed families. And seen so much love, sacrifice, and dedication that it is truly humbling.  And my own family has benefited as well.

I was able to purchase an RV and travel the country with my family for several years (off and on). My children were able to attend private school when we weren’t traveling and homeschooling. I’ve gotten out of debt, purchased new cars through the years, and been able to help my extended family when needed.

All of these things contributed to a better quality of life for my own family, and were made possible by my surrogacy journeys.

It wasn’t all rainbows and unicorns.  Once, my husband had to give up a job promotion because it was out-of-state, and my surrogacy contract prevented me from moving.  Another time, we had to turn down an invitation to visit my in-laws at Christmas because it was too close to my due date. I have to admit, at the time, I was sort of relieved – I really didn’t want to go. But, in the years since, we’ve lost them both. And my children didn’t get that memory.

Then there is being pregnant itself.  The morning sickness. The endless injections. The weight gain. The no-champagne-on-New-Year’s. Watching my kids ride all the rides at Universal Studios while I wait at the bottom.  All in all, it’s a huge sacrifice, and it’s not for everyone.

But for those of us that do it – it’s an incredible experience.