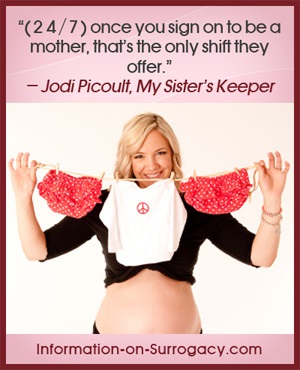 There are two main reasons that a couple would seek to become surrogate parents: either the couple is having trouble conceiving or carrying a child, or they are a same-sex couple who has turned to surrogacy to start their family.

The term intended parents usually refers to a male/female couple who are the parents of the child conceived via commercial surrogacy.

There are a myriad of reasons that a woman may turn to a surrogate mother to carry her child:

Contrary to what some people may believe, intended mothers do not turn to commercial surrogacy because they don’t want to, or are afraid of, carrying a baby. The physical and emotional process of surrogacy is much too difficult, and much more complicated than a typical pregnancy.

Infertility hits people in all walks of life, in all races, in all countries. Though it typically affects more women over 40 than not, infertility can affect women of any age.

Intended Fathers generally refers to a same-sex male couple who has sought out a surrogate mother to help them have their own children.

Most likely, sperm of one father will be used, but in the case of a gestational surrogacy, it is not uncommon for intended fathers to use sperm from both partners.

Though uncommon, it should be mentioned that there are some circumstances where a set of homosexual intended mothers would seek a surrogate mother. The reason this is rare is that with two women, the chances of both experiencing fertility problems becomes rarer.

Occasionally an unmarried man or woman will enter into commercial surrogacy. The reasons for an unmarried woman to seek a surrogate are usually the same as that of a male/female couple, but for the single male, he is most likely ready to start a family, and has not found the perfect partner.

For the purpose of this website, the term “intended parents” is used to describe all types of intended parents, whether they be traditional parents, same-sex parents, or single parents.

Home > What is Surrogacy > Surrogate Parents