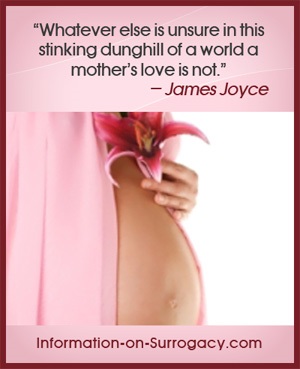 All surrogate mothers and intended parents need to cover the possibility of unexpected circumstances happening in their commercial surrogacy agreement.

Though rare, anything can happen in surrogate pregnancy.

Make sure your surrogacy lawyer includes these details.

As you enter into a commercial surrogacy agreement, it is important to discuss issues that might affect both surrogate mothers and the intended parents if the worst should happen.

Though these circumstances are very rare, and will likely not happen, they still need to be addressed in a surrogacy contract.

Whereas this situation is unlikely, it is important that all parties discuss the possibility and arrive at an understanding in the contract phase. Keep in mind that such a situation would affect the surrogate mother’s family and children as well as the intended parents.

It is important that the surrogate prepares a living will specifically for the surrogate pregnancy so that if something happens, it is documented what she desires. Without such a document, it is important to note that her power of attorney, whomever she named as such, will still have the final decision as to when to take her off life support, regardless of what a civil surrogacy contract may state.

Of course, if one intended parent were to die, then the other parent would automatically be the caregiver, but if both parents were to die unexpectedly, another party would need to accept responsibility.

Please note:
Some intended parents choose to keep the surrogacy a secret from their extended family and friends, at least for a while. This may be done because they have faced multiple miscarriages or stillborn babies, and do not wish to get their hopes up, or the hopes of their family and friends. It is important that the person they have chosen to act as legal guardian for their unborn child is aware of the commercial surrogacy, should such a situation occur.