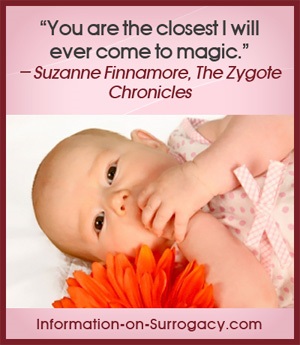 Surrogacy testing is an important part of surrogate mothering. Many tests are given in the early stages of matching a surrogate and intended parents, and many more as the surrogate pregnancy continues. Learn about important surrogacy issues surrounding various tests.

Though all surrogates are deemed “healthy” in order to become a surrogate mother, there is a whole host of qualifications to actually starting a journey.

Most of these surrogacy issues, though not all, have some leeway, depending on circumstances.

The key here is complete honesty, both with the intended parents and their clinic.

The last thing anyone wants is to find out that they did not qualify to become a surrogate mother due to omission of critical information.

If you’ve met the basic health and family qualifications for surrogate mothering, the next step is to get the surrogacy testing done that the intended parent’s clinic, the agency, the attorneys, and possibly the state you live in require. Some of this testing is very basic, such as STD testing, while other testing is procedures that are unfamiliar.

Most agencies, and many clinics, require mental health evaluations for potential surrogates and/or intended parents.

These tests vary from very informal, to extensive, time consuming, intrusive, and stressful.

They vary by institution and situation.

The key to taking these tests is to relax and be completely honest. An agency may also require background checks and credit checks of the potential surrogate and/or intended parents.

You might think that after you have gone through all the testing prior to the surrogate pregnancy transfer that it is all done.

Now comes the time when you get to go through the more fun tests; at least as far as the pregnancy tests are concerned.

There is also the possibility that due to genetics, the intended parents may request an amniocentesis or other form of prenatal test.

There are more tests that many will experience than are listed here. Remember, each surrogacy journey is different, and as such, each set of surrogacy testing requirements will be different as well.