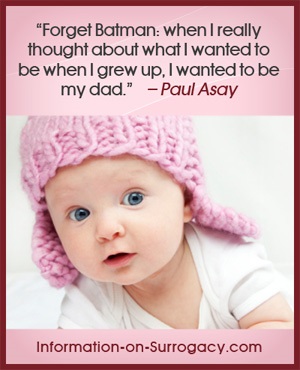 My surrogacy nightmare, or what could have turned out to be a really bad surrogate mother journey, is documented here for all intended parents and potential surrogate mothers to learn from.

Find out the risks of surrogacy and how having the right lawyer can save you from a potentially disastrous contract.

I met a wonderful local couple who we seemed to have a lot in common with.

We interviewed over the phone.

We met in person.

Everything was going great!

We decided to proceed with the journey, and I began to take the tests their clinic required as our lawyers put together our contracts.

I went through several invasive tests, including a complete mock cycle at their clinic.

I never dreamed that I would encounter any risks with this perfect couple.

After their lawyer had submitted the final contract to my lawyer, my attorney called me to let me know there was a tiny error that needed to be fixed.

The contract they gave us said that a DNA test would be completed upon the baby’s birth, which was common, and completely acceptable.

Now, that type of wording is pretty standard in a contract, to protect the intended parents in case the surrogate mother breaks the rules and gets pregnant with her own child, but there was just one problem: the couple was using an egg donor.

The intended mother could not possibly be found to be the genetic mother of the child.

We let them and their attorney know about the problem, but strangely, they all refused to change it.

My attorney told me that this left a loophole in the contract so that the intended parents would be legally allowed to reject a less-than-perfect child. A true surrogacy nightmare.

When I mentioned this to my intended parents, they just kept saying that that wasn’t what they intended, yet no one would fix it. To this day, I still have never really understood why they were not willing to reword this portion of the contract.

My lawyer talked to their lawyer. I talked to the intended parents about this, telling them my concerns, and my husband talked to them. My lawyer even put together a replacement paragraph, basically taking the intended mother out of the DNA scenario altogether, but they refused to use it.

After almost three months of arguing about it, I finally walked away from the arrangement and the potential surrogacy nightmare.

I could not put my family at risk like that.

In the end, they never even paid for all the testing that their clinic required. I was left with bills of more than $2,000, and my lawyer never got his fees. My lawyer worked for me pro bona, and eventually recovered my expenses from the intended parents. He never recovered his own.

I was so glad to have had a lawyer who was able to find that typo, and potentially save my family from a devastating scenario. I can’t imagine what would have happened if I had signed those papers.

I tell you my surrogacy nightmare so that it doesn’t happen to you. Learn from this story so that your journey will go smoothly. Not everything in life is peaches and cream; surrogacy is no exception.