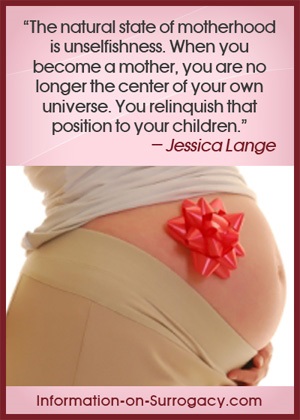 Surrogacy in India is a hot topic right now. Intended parents are interested in the low costs of international surrogacy, and many are considering a surrogate pregnancy in India. Let’s examine the main pros and cons for surrogacy outside of the United States.

There are many many success stories on surrogate babies born in India.

Hundreds of happy parents have brought their children home without the least bit of difficulty, while being able to afford surrogacy, something they may not have been able to do in America.

Having said that, there are some major pros and cons for surrogacy.

Pros and Cons for Surrogacy: Pros for International Surrogacy in India

The Cost
For those seeking a gestational surrogate pregnancy, who will be using their own eggs, the number one incentive to surrogacy in India is the price.

It would be silly to imply that there was any other major reason for choosing to go through international surrogacy or surrogate parenthood in India.

The Experience
For those interested in gaining a different perspective of the world, and who enjoy traveling and experiencing new cultures, a trip (or two or three) to India might be a nice refreshing change in the midst of an emotional roller-coaster.

Pros and Cons for Surrogacy: Cons for International Surrogacy in India

The Cost
Many intended parents who have researched surrogacy in India have found that the initial price is not always what it seems. Often, intended parents are hit with extra fees as the surrogate pregnancy progresses, and they are in a situation where they have no choice but to comply. Of course, this will vary greatly depending on what surrogacy agency you go through.

Also, don’t forget fees such as your transportation to and from India, more than once. These expenses add up, fast.

Many intended parents have reported that when the big picture is looked at, the prices end up being quite comparable to a traditional surrogacy in America.

Egg Donor Difficulties
India deals with gestational surrogacy, primarily when the intended parents are both the biological parents of the child. If an egg donor is needed, this can prove difficult.

Some Indian agencies do not deal with egg donors whatsoever, others deal only with Indian egg donors, and a few will work with an egg donor that you bring along, or hand carry eggs on a flight. Whichever method is used, adding an egg donor to a surrogate pregnancy in India is a further layer of complication.

Third World Country
Like it or not, India is still a third-world country. While this may not affect the quality of the medical tourism industry, it does affect the rest of the country. This means that some Americans may not be comfortable visiting the country, and may be even less comfortable knowing that their child is there without them.

Court System
India’s court system is unlike America’s, and if a legal issue were to arise, the intended parents may find themselves on unsure footing, without knowing quite what to expect. Surrogacy is still very new in India, and as such, anything is possible. Intended parents are required to adopt their biological children in India.

Emotional Detachment
Many intended parents think of their surrogate mother as a close friend or family member. They want to be there for appointments, want to call and see how she’s doing, and want to experience their surrogate pregnancy as much as possible.

With surrogacy in India there is a definite emotional detachment to the entire process. Often, the intended parents and surrogate mother can only communicate via a translator. They may have met only once, or in some situations, not at all.

Questionable Support System
Many surrogacy agencies in India separate their surrogate mothers from their family and place them in surrogate apartments for the duration of their surrogate pregnancy.

This is done for a variety of reasons, including making sure that the baby has the utmost care at every moment of every day.

But critics argue that maybe this type of situation, being visited by her family instead of living with them, can be detrimental to the psyche of the surrogate mother.

Of course, as Americas guessing what Indian women are thinking, feeling, and experiencing, we just don’t know either way.

Concerns of Exploitation
As mentioned above, typically, a surrogate mother in India will receive approximately $5,000. This, again, is the typical equivalent of 10 years worth of income. It does make you wonder if some women are being taken advantage of, and do not understand the emotional aspect of surrogacy until it is too late.

Think of it this way, if women in America were offered $500,000 for a surrogate pregnancy, we’d probably see all kinds of women trying to become surrogate mothers who do not have the emotional capacity to do so. We’d probably see an unbelievable amount of surrogacies gone wrong as well. The sheer amount of money offered would be an irresistible lure to those who most need it.

At the end of the day, there is no right or wrong to whether you choose to start your family via surrogacy in India. Examine the pros and cons for surrogacy, and determine what will work best in your situation.