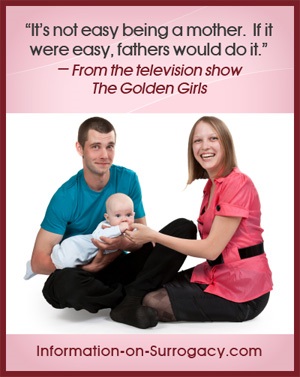 Surrogacy agreements need to discuss the various possibilities that can occur during the transfer.

This part of a commercial surrogacy agreement is extremely important, as it can lead to or avoid a multiples surrogate pregnancy.

As you enter into surrogacy arrangements, there are some important things to discuss with your attorney and all parties regarding the transfer itself.

Do not forget to include these important topics in your surrogacy contract.

You will want to discuss these issues well in advance of the contract phase, to make sure that both the intended parents and the surrogate mother feel the same way.

Number of Embryos to Transfer

These issues pertain to gestational surrogate mothers, not to traditional surrogates, in commercial surrogacy agreements. Where this may seem simple, don’t be fooled.

The issue of how many embryos to transfer into the surrogate mother is extremely important, and can be a deal-breaker to many surrogacy arrangements. It is common for IVF doctors to put more than one embryo into a surrogate during a transfer, to up the odds that the transfer is successful.

In Vitro Fertilization is so very expensive, and sometimes it is very difficult to achieve a pregnancy, so the doctors will typically place 2-4, sometimes more, embryos into the carrier to give a better chance at conception.

Of course, this also increases the chances that a surrogate will carry twins, triplets or more. Different factors, such as the quality of the embryos and each particular doctor or clinic, will determine how many embryos may be suggested for a transfer.

It is important that the surrogate and intended parents understand the risks associated with transfer of multiple embryos, and are comfortable with the number well before hand.

Bottom line: it is the surrogate’s body, and she absolutely has the right and the responsibility to agree to the number of embryos to be placed within it. Keep in mind that each embryo that is transferred has a chance to survive.

It is also likely that four embryos are transferred and the surrogate becomes pregnant with a singleton or no baby at all. The most important thing to realize is that if the surrogate pregnancy is multiples (triplets or higher) the intended parents and the surrogate mother might be put into a situation where their doctors are recommending selective reduction for the safety of the surrogate and of the chosen babies.

DO NOT ASSUME IT WILL NOT HAPPEN TO YOU

This is the biggest mistake in most surrogacy agreements.

It can happen to anyone. If the surrogate or intended parents are against selective reduction, or are uncomfortable with the prospect of having multiple babies, the contract needs to clearly state how many embryos will be transferred at any given time.

Number of Transfers or Cycles

Not all transfers are successful. The surrogate and intended parents should decide how many cycles they are willing to go through together in an attempt to get pregnant, assuming that the transfers (or in the case of a traditional surrogate, the cycles) are unsuccessful.

Both a number of transfers and a time limit need to be stated in the contract, especially if a retainer fee is paid to the surrogate.

The time limit is very important. A generic “reasonable amount of time” term is not acceptable. There needs to be a definitive time frame to make it clear to all parties when the contract will end, if necessary.

Please note: this number of transfers or cycles is an either/or thing. It is either the completion of three cycles OR the passing of 12 months, whichever comes first. This does not mean that the surrogate and her intended parents are required to give up on their journey if they exhaust these limits. It simply means that they are not contractually obligated to continue.

What do you have in your contract about number of embryos and number of transfers?