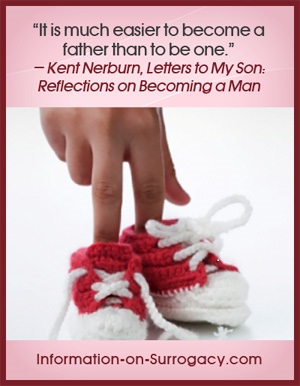 State funded surrogacy, the act of using income-qualified resources to pay for a surrogate pregnancy, is ethically wrong and considered fraud.

There seems to be a growing desire for surrogate mothers and intended parents to use state funded resources to help pay for the costs of surrogacy.

Let me be very clear here; using government assistance to pay for the pregnancy health care of a surrogate mother or food and nutritional supplements for her can be considered fraud against the Federal Government, and could result in dire consequences for the surrogate as well as the intended parents.

Medicaid
Medicaid is a program sponsored by the federal government to help low income families with the medical needs of their children, disabled persons, and pregnant women.

A single mother who has little to no income and is pregnant can apply to Medicaid and may receive all of her pregnancy health care, including all hospital and delivery bills, paid for (most likely in full) by the government.

State Funded Insurance Programs
Some states have special insurance programs for those who make too much to qualify for Medicaid but cannot afford a health insurance plan.

Again, most of these programs cover children but women may qualify when they are pregnant. These programs often offer very good medical benefits for a very low cost.

WIC
WIC stands for Women, Infants, and Children, and is another federally funded program designed to assist low income families. In particular, WIC is designed for pregnant and nursing mothers, and small children.

It is easier to income qualify for WIC than most other programs. WIC provides additional foods to those who qualify monthly. Pregnant women get a certain allowance of extra milk, cheeses, cereals, peanut butters and juice. WIC provides extra foods for her younger children as well.

Other Government Programs
As far as governmental programs are concerned, the moment a woman is confirmed pregnant, that child (or in the case of confirmed twins, those children) are considered another member of a womans family. Therefore, a low income family might qualify for more programs while a woman is a pregnant surrogate.

These types of benefits may be cash assistance (what we think of as welfare), food stamps, or other aid.

The problem with using state funded surrogacy, that is, using a surrogate mother’s low income situation to pay for the medical costs of a surrogate pregnancy, is that it is fraud.

The low income mother might be pregnant, but the baby is not hers, and the actual parents of the child are not low income.

These people will not qualify for federal aid, and certainly not for state funded surrogacy!

This is the equivalent of a woman babysitting her neighbor’s child and claiming that the child is hers in order to receive financial assistance.

The surrogate mother is receiving compensation. If this compensation is claimed, she will most likely not qualify for any assistance anyway.

And at any rate, this compensation should more than provide the necessary nutritional supplements the surrogate mother will need.

If not, then those needs should be addressed in the contract phase. As intended parents, you may feel as though you should be able to use government assistance if your surrogate mother qualifies. After all, you have paid into the system, probably extensively, over the years. Why not use it if you can, right?

But think about it from the opposite point of view. As a taxpayer, why should you fund the infertility costs of someone else? Someone who can afford it? Would you agree with state funded surrogacy?

That is not to say that intended parents are wealthy. Surrogacy is a huge financial sacrifice. But it should not be a sacrifice the federal government and taxpayers across the country are responsible for.

If you decide to use federal assistance to fund the medical costs of a surrogate insurance coverage, in other words, state funded surrogacy, you may face harsh punishments if such a situation is brought to light.

These consequences could apply to both the surrogate mother and the intended parents.

First off, it is more than likely that all costs paid for by the government during state funded surrogacy will need to be reimbursed. That means that the actual cost of the medical treatment, not the reduced insurance rate costs, will be due. And this is the government we are talking about! They don’t play games! They will garnish wages if needed.

You could also be charged with fraud, and have to pay severe fines, go through legal battles, and may even be given jail time. This is serious business.

No matter how tempting, just don’t do it! What a horrible way to start off the life of a new baby; her parents and her surrogate mother facing fraud charges against the federal government!

You may find that some agencies discourage surrogate mothers on government assistance from even applying. It is not because you need to have a certain income level in order to become a surrogate, but it is most likely one of the following three reasons:

It is not necessarily a bad idea to work with a surrogate mother on public assistance, but measures need to be taken to insure that the rules are being properly followed and that she is in a financial situation where surrogacy is even possible for her.