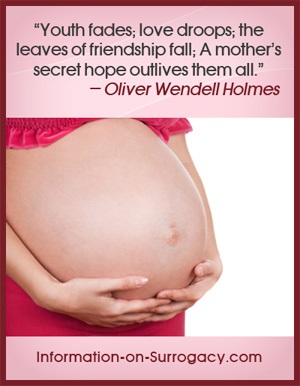 Is Surrogacy Legal? Many new to the surrogate motherhood community wonder that exact question. The answer varies depending on what state you choose to do your journey in. Laws vary by state.

As you begin to explore surrogate motherhood as an option for your family, whether that is looking for a surrogate mother, or becoming a traditional or gestational surrogate mother yourself, you will need to find out: is surrogacy legal in your state?

The unfortunate answer is that surrogate motherhood is, in fact, illegal in some states, such as Washington and New York. But, there are usually ways to get around this.

Some states have excellent laws, some states have no laws, and others are very strict on their laws or forbid it entirely. In some situations, gestational surrogacy may be legal, while traditional is not.

The best place to start for research in your particular state is the Human Rights Campaign.

Do a search for “surrogacy” and your state. Some states allow for traditional married couples, but go to great pains to prevent homosexual couples from obtaining a surrogate. For instance, Florida allows arrangements, but specifically requires the intended parents be married. Since Florida does not recognize gay marriage, this clause makes surrogate motherhood for a gay couple next-to impossible, without coming right out and saying it directly.

If your state does not allow arrangements, all hope is not lost. If you are an intended parent, you should be able to find a surrogate mother in another state that does allow it.

This might be more expensive, but may be the only option you have. If you are a surrogate mother, you may be able to deliver the child in a neighboring state that is more surro friendly.

Check the laws for your surrounding states and consult an agency or lawyer to verify this possibility depending on your specific situation.

Home > Laws & Insurance > Is It Legal