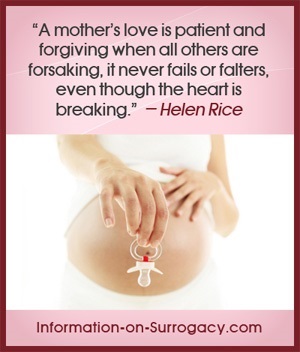 Invasive procedure issues in a surrogate pregnancy are very commonly included in a contract.

Go over these surrogacy issues prior to signing, to make sure that your commercial surrogacy agreement is complete.

Please note: This site is not intended to be legal council.

No portion of the ideas and concepts represented on this website should be used as a substitute for a surrogacy attorney’s advice.

Make sure you consult your lawyer on all issues regarding surrogacy.

When a surrogate mother and her intended parents are in the contract phase of surrogacy, it is important to discuss with one another all topics that may become potential issues in the journey.

This includes invasive procedure issues, such as the need for various testing during the pregnancy.

This is not the same as selective reduction, which can happen when a surrogate carries multiple, ie three or more, fetuses.

Amniocentesis is a medical test a pregnant woman undergoes to test for genetic abnormalities in the fetus.

The outcome of this tests usually determines whether a fetus will be aborted or carried to term.

Those who will not abort for any reason have no clear reason for doing such an invasive test, since it comes with certain risks.

During amniocentesis, a needle is injected into the uterus through the abdomen of the pregnant woman. Tissue is extracted from the fetus for analysis. This test is risky, and occasionally causes miscarriage.

Though we often take for granted the use of multiple ultrasounds throughout the pregnancy for both medical reasons as well as social ones, there is still little known as to the long term effect of the ultrasounds done in-vitro on the unborn baby.

Of course, doctors would not do such tests, and certainly not as frequently as they do, if they felt that there was a problem, but an overly cautious parent might feel uncomfortable with the quantity of ultrasounds that are done.

Intended parents and their surrogate should discuss testing such as routine ultrasounds. Many ultrasounds are done these days, more so with an IVF pregnancy and the possibility of twins.

Talking about these invasive procedure issues in advance of the surrogate pregnancy will go a long way towards clearing up any potential misunderstandings in the future. Even if they don’t apply to your situation, more talking can never hurt, and will allow both parties to get to know one another better.