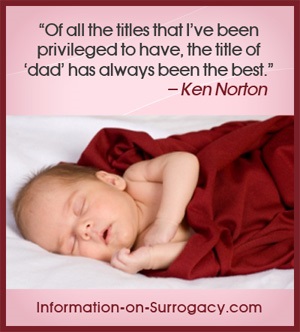 Donating breast milk is an excellent option for surrogate mothers who wish to pump, but do not have intended parents that want their breast milk donation. There are breast milk banks and individuals across the country who are in desperate need of quality breast milk.

In some situations, the intended mother herself might be on a protocol to breast feed her own baby.

Though not overly common, with modern advances in medicine, this is actually possible nowadays.

Whatever the situation, if the intended parents are not interested in breast milk, but the gestational or traditional surrogate mother is interested in donating breast milk, there are several organizations out there that would gladly accept donated milk, as well as individuals who are in need.

Donating Breast Milk: Why Do It?

There are many reasons women choose breast milk donation.

Studies have shown that breastfeeding helps new mothers lose weight faster. Pumping milk and discarding quality milk seems like such a waste, both of the surrogate mother’s time, and the precious vitamins and nutrients that the milk contains.

Women that get involved in surrogacy generally are very giving people. That big heart and generosity does not stop with the intended parents that are helped.

When surrogate mothers are presented with the opportunity to help a needy baby, their hearts melt and those who are able are very likely to jump in and do whatever it is that they can to help.

There are babies all over the country that cannot drink formula. Some have major intestinal problems with all forms of formula and need the natural components of breast milk. Often, the mothers of these babies have stopped nursing and are unable to get their milk supply to start again. Sometimes the babies are adopted and never had a nursing mother.

And then there are surrogacy arrangements where the surrogate mother was unable or unwilling to pump for her surrogate baby, and now the intended parents are looking for a breast milk surrogate.

Surrogate mothers that are able to produce large amounts of breastmilk are more likely to donate breast milk. Those who experience tenderness and soreness from pumping, or those who simply do not produce a substantial amount of milk might find the process more trouble than it is worth.

Selling breast milk is totally illegal. However, it is legal for a lactating woman to be compensated for the time she spends expressing milk, and reimbursed for her supplies and pump.

If a surrogate mother donates her milk to a breast milk bank, she will be expected to carry the expenses of breast bags, a breast pump, and other supplies herself, and will not be compensated in any way. In a private arrangement, however, anything goes. At the very least, she should be reimbursed for her supplies.

Lactating mothers donate excess milk to them without receiving any compensation whatsoever. The milk is then screened, processed, and pasteurized.

The breast milk banks then sell the milk to mothers whose infants are in need.

They also sell milk to adults who need it due to cancer and other diseases. Patients are sometimes prescribed breast milk as it can be the only food they can stomach due to treatment.

This is a good option for mothers whose insurance will cover the cost of the breast milk, or who have no other option. But most parents simply cannot afford the prices of the milk.

Find Breast Milk Banks Near You

Milkshare
Milkshare is an online community that helps to educate women about breast milk, and puts needy parents in contact with women who are interested in donating breast milk. They do not advocate selling breast milk.

La Leche League
Contact your local LaLeche leage to see if there are families in your area that need someone donating breast milk.