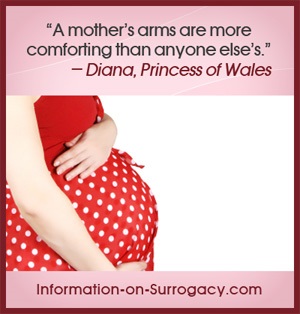 The best surrogacy is the one where all surrogacy issues, no matter how common sense, are addressed in advance of a surrogate pregnancy. Learn about these common, but sometimes touchy, inclusions in a commercial surrogacy agreement.

Please note: This site is not intended to be legal council. No portion of the ideas and concepts represented on this website should be used as a substitute for your surrogacy attorney’s advice. Make sure you consult your lawyer on all issues regarding surrogacy.

Most contracts have a series of almost silly clauses that may seem like common sense to most surrogate mothers. After all, surrogate’s have been pregnant before, and must have done something right to have a healthy child and be eligible to become a surrogate mother in the first place.

These common sense surrogacy issues, some needful, and others bordering on ridiculous, can often make a surrogate mother feel insulted. Rest assured, they are very normal. Discussing them makes for the best surrogacy.

If you are a surrogate mother and find something in your contract that you feel is common knowledge, don’t make a big deal about it, even if you are upset. Chances are that your intended parents are not doubting your intelligence, they are just trying to ensure the best surrogacy possible.

Nearly every contract has a clause in there about smoking. It usually states that the surrogate mother will not smoke cigarettes herself, and may also include her family members for the risks of second-hand smoke.

Nearly every surrogate mother is not a current smoker at the time of the surrogate pregnancy, and most have never been smokers in their lives. But, again, this is standard in most contracts.

Drinking in excess in early pregnancy has been proven to cause problems to the unborn baby. While most surrogate mothers would never dream of drinking any alcoholic beverage while pregnant with someone else’s child, most contracts do have this surrogacy issue included.

This, along with smoking, are the two main reasons most surrogate mothers are insulted by these common sense clauses. Those who qualify to become surromoms are obviously not drug users to begin with, yet contracts most often state that a surrogate mother needs to agree not to do any drugs while pregnant. Again, if this is in your contract, for the best surrogacy possible, just smile and nod and try not to take offense.

Some contracts go so far as to state the types of foods that surrogates are not allowed to eat. Undercooked meats, unpasteurized cheeses, and raw oysters have actually been forbidden in some contracts. More common, and much more appropriate, is a clause stating that a surrogate will follow her doctor’s orders regarding foods that are off limits.

A few surrogates have mentioned that their contracts state what sorts of cleaning products that they may use in their homes. Intended parents in these situations express concerns about chemicals used in the home, including hair dyes, harsh bleaches, and other cleaners.

About the only needful common sense clause, in my mind anyway, in a contract is the one regarding the intimacy between a surrogate mother and her partner. Most contracts will require a surrogate to abstain from sexual relations with her partner for several weeks prior to and following an IVF transfer, or to follow the individual instructions set by the IVF clinic in regards to gestational surrogacy.

Part of the reason for this is to ensure that the surrogate does not become pregnant with her own child by accident, and part of the reason is an added precaution for the safety of the unborn child recommended by the clinic.

In addition, most contracts will also state to some extent that a surrogate will agree to not have sexual relations with someone other than their partner for the duration of the contract, to prevent the spread of STDs. Many contracts word this as “risky sexual behavior” or something to that effect.

Why These Common Sense Issues are So …Common

For the most part, I think we can all agree that most of the above common sense items (aside from the intimacy restrictions) are, well, common sense. So why are they so often included in a legal binding contract, one who hopes to obtain the best surrogacy?

There are two main reasons for this:

Why Surrogate Mothers Get Upset

I’ve mentioned above that surrogate mothers often get upset or feel insulted by the addition of these common sense clauses. The main reason they get upset is that they feel as though they are not being trusted.

The thought behind this is that if the intended parents cannot trust their surrogate mother to make this the best surrogacy possibly by not drinking champagne at their cousin’s wedding, then how on earth are they able to trust them to carry a child?

As a surrogate mother myself, while I sympathize with these feelings of indignation over some of the common sense clauses in a contract, I do not feel it is worth becoming upset over. A surrogate mother will be doing all of this anyway. Again, keep in mind that each contract is different, and after reading this, some intended parents and surrogate mothers might chose to leave many of these clauses out of their contract completely, in order to create the best surrogacy situation. But for those who do choose to include them, it’s not that big of a deal, and won’t affect the best surrogacy situation.

What’s the strangest clause you have seen in an agreement?