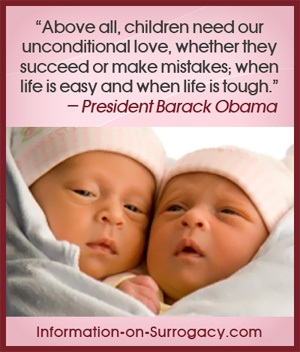 Those against surrogacy like to ask the question, is this concept right? Examine the ethics of surrogacte parenting here as we continue our discussion. This page covers the topics: rich excess and gay parenting.

As we continue our exploration into the ethics and the reasons why so many people are against surrogacy, we come to the following important discussions regarding wealth, sexual orientation, and religion.

If you have missed the first page on ethics, it can be found here. This topic also continues onto a third page.

Against Surrogacy: It’s Only for the Wealthy

The process of having a surrogate mother carry a child is extremely expensive. I truly wish I could say otherwise.

But it is not exclusively for the wealthy. That is a misconception argued by those who do not understand it.

Those that do go through a surrogate journey are typically in the middle class and upper-middle class. They are not millionaires.

They are school teachers. They are small business owners. They are middle-management. They are engineers. In other words, they are regular Americans.

They are typically in their late thirties to early fifties, college educated, and have had years to come to the realization that they will need to look towards non-traditional methods to have their own children. They have planned, downsized, sacrificed, saved, and in some cases gone into debt in order to afford infertility and eventually surrogacy. They are committed.

Just because this process is so very expensive does not mean that only the wealthy can and do afford it. It is all about priorities. Whereas one criticizing fertile couple, against surrogacy, may scream that surrogacy would be out of their reach, they may drive around in a $50,000 car and live in a $300,000 home, while their infertile neighbors drive a $25,000 car and live in a $200,000 home.

But what about the rich who seek surrogates for non-medical reasons, those against surrogacy ask? Those who simply do not want to bother with birthing their own children due to time constraints, or the fear of permanently disfiguring their own bodies or pain in general?

To put it simply, these people do not exist. No really, they don’t exist. Yes, there are millionaires, models, and actresses who might initially explore these thoughts for these very reasons, but once they are confronted with the cold-hard facts of what is entailed in a surrogate arangement, they opt out unless it is medically necessary.

The complete lack of control over a surrogate pregnancy that should be yours is not an easy thing for an intended mother to go through. Couple that with the fertility treatments, daily self-administered injections, and the egg retrieval process itself, and they realize that this process is not a picnic, and not an easy fix by any means.

Gays Shouldn’t Be Allowed to use a Surrogate

Despite the fact that we have come a long way in this country (and world) when it comes to Gay Rights, we still have quite a ways to go. Those who think matter-of-factly that individuals involved in a same-sex relationship or a same-sex marriage should not be “allowed” to become parents of their own biological children are simply ignorant.

Surrogacy has risen up as a viable option to start a family for many homosexual couples across the world. This industry is not as heavily regulated as adoption, and in fact, in some cases, it is not regulated at all. It is much easier for a gay couple to go find a surrogate to complete their family than it is for them to attempt the adoption process.

Having said that, there are still limitations for gays via surrogacy. Some states, such as Florida and Texas have gone out of their way to circumvent those in same sex relationships from attempting such an arangement. But these states, both against surrogacy for gays, do so in a round-about way. Instead of directly stating that gays are not welcome in arrangements with surrogate mothers in their states, they have actual laws allowing journeys for “a man and woman who are married where the woman has a medical need to seek a surrogate.”

Surrogacy is Against God

Religion and science have often been opponents in the past, and many are against surrogacy for religious reasons. The Catholic Church, for example, has been quite clear on its stance on “science babies” for decades.

But then again, the Catholic Church is also against birth control pills.

Many against surrogacy and surrogate mothers will claim that it is against God, that it is going too far with science, and should not be allowed. But then, what should be allowed?

Today, heart transplants are commonly accepted. Even those involving parts of various animals, such as pigs and cows. Today we have prosthetic arms and legs for those without. We treat diseases and disorders on a daily basis with pills and medication; even our children receive these treatments. And don’t get me started on plastic surgery! Even the simple hearing aid could be considered too much science, and against God.

Yet we accept all these things as commonplace. But simple decades ago, they were nothing more than science fiction. America, and the world in general, has come a long way in medicine and in science. God gave us these gifts and He expects us to use them.

It may surprise most outsiders, but surrogate arrangements are not necessarily discouraged in churches countrywide. I myself attended a Southern Baptist Church through both of my surrogate journeys. I was very open about the process to everyone, including the pastors. As a surrogate mother, I was met with open arms and admiration, and not one single ounce of disapproval.

How do you feel about these ethical concerns, and about surrogate mothers in general?

Home > What is Surrogacy > Against Surrogacy