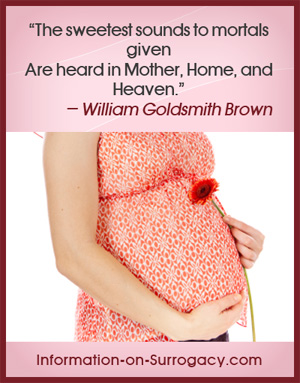 I’m truly thinking about being a surrogate mother but my husband and I find it important to have one more child together. What are the risks that being a gestational surrogate mother will affect our dream of having another child of our own?

Yes, it is possible that you could lose your ability to have more children by becoming a surrogate mother.

Despite our modern medical miracles, it is still possible to lose your life during pregnancy and delivery. Though rare, it happens.

And it also happens that a woman can lose her ability to ever carry another child during any pregnancy and delivery. Thats why some intended mothers seek a surrogate.

Is it common? No. But I would say that there is a slightly higher risk while being a surrogate than otherwise. There are more invasive procedures, you really don’t know how your body will react to medications, and with such an increased chance of multiples, your risks in pregnancy do go up.

Will it happen to you? Probably not. But for these reasons, I would without a doubt be sure that you are done having your own children before you consider becoming a surrogate mother.