A fertility clinic in Canada has been charged with buying or attempting to buy sperm, eggs, and surrogacy services. These actions have been considered illegal in Canada for 9 years under assisted-reproduction legislation and the Criminal Code. Although surrogacy in itself is legal, it is considered unlawful to pay sperm donors, egg donors, or surrogate mothers other than for reasonable expenses. This is as is stated in the Assisted Human Reproduction Act of 2004 (AHA).

The clinic is now facing 27 charges due to the alleged actions. The clinic, Canadian Fertility Consultants, is run by Leia Picard. The clinic would charge a “fixed price” to parents to find a surrogate mother and sometimes to find an egg donor (among other services).

Two egg donors have come forward and admitted to being paid $5,000 for their donations. The money was meant to go towards expenses, however one of the women admits that the payment was exorbitant as she didn’t really have any costs. The other woman said that she used the money to get her through a tight financial spot. Both admissions seem to support the allegations that the payments made were beyond reasonable. One woman, however, came forward stating that she did not understand the charges as she only paid her surrogate based on receipts that were provided, indicating the services that were performed.

The case has caused a bit of a debate. On one hand you have those who believe that this legal action is necessary to protect human life. Executive director of the Infertility Network, Diane Allen is one of them. She is quoted as saying that “Some things, including human life, should just not be for sale. And it is not odd that many people feel this way. In a famous case, U.S. attorney Hilary Neiman was sentenced for her involvement in a “baby-selling scandal in which surrogate babies were auctioned off for upwards of $150,000.

However, others feel as though the charges are not wholly fair; they feel that Picard is being used as a scapegoat while other people are doing the same thing. Those who actually practice careers in the fertility consultancy business are dismayed. They are fearful about the effects that this ruling will have on the industry as a whole. They are concerned that if legislation cracks down on them that intended parents and surrogates will be left to the mercy of services such as Craigslist, which will open them up to being exploited and experiencing emotional turmoil.

In the meantime, American citizens are still able to come to Canada to donate eggs and receive about $8,000 for their donations. Something that is legally acceptable through a loophole, although it is not something afforded to Canadians. Many people feel as though reasonable compensation for egg/sperm donors and surrogates should be allowed, much as it is in the United States.

Where do you stand on the debate?

Commercial surrogacy is when an intended parent or intended couple compensates a woman in exchange for her carrying and delivering a baby for them. Immediately after the child is born, he or she is turned over to the intended parent(s) via a private process or a legal adoption process. This process is utilized by a variety of people, including those with fertility problems, same-sex couples, and single people who harbor a desire to have children. Even celebrities have been known to have children through surrogacy. Some famous examples are Sarah Jessica Parker, Kelsey Grammer, Robert De Niro, and (most recently), Sir Elton John.


Commercial surrogacy is a huge industry in India, where countless foreign couples head to make their dreams of having a child come true. Now, however, the country is the target of much heated criticism because of new laws that are being deemed discriminatory. These new laws state that in order for a foreign couple to engage in the surrogate process in India, they must be a “man and woman (who) are duly married and the marriage should be sustained at least two years”. This legislation effectively rules out gay couples (whether they are married or not) as well as single people looking to start a family. And this action has, as can be expected, drawn a ton of ire from the surrogacy community.

Seen by the government of India is being a necessary step in the regulation of surrogacy tourism in their country, fertility clinics and gay rights activists are viewing it as “restrictive and very discriminatory”. Head of the International Fertility Clinic in New Dehli, Dr. Rita, Bakshi, says that the legislation essentially strips people of their right to parent. Nitin Karani, a gay rights activist in Mumbai, is quoted as saying that “It’s totally unfair – not only for gay people but for people who are not married who may have been living together for years, and for singles”.

The new rules also state that people coming to India for the purposes of surrogacy must apply for a medical Visa and must provide proof that their home country will give citizenship to any child born to a surrogate parent. Some argue that these new rules represent an “uncharacteristically moralistic stand on the government’s part” Many agree with Rita Bakshi, who asks “Who are we to say that one has to be married to have children?”

However, it is believed that the springboard behind this new legislation is less the value placed on marriage and more about not becoming involved in international legal disputes. There have been highly publicized cases in which the children of these international surrogacy situations have been stuck in “citizenship limbo”. In one much publicized case, a native Norwegian was stuck in India for two years with her twin children. Her children, born to an Indian surrogate, were refused the necessary travel documents because it was determined through DNA testing that they were not biologically hers. In another high-profile case, a French gay man obtained twins through an Indian surrogate and, upon arriving home (where surrogacy is illegal), his children were taken from him and placed in foster care. He is still fighting to get them back.

Whatever the cause for India’s new legislations, it is causing a great deal of turmoil for those same-sex couples and single individuals who looked to India as a solution to their childlessness. 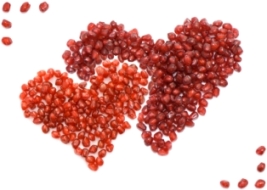